From the people that brought you Carrie and Heathers, comes Riverdale‘s next musical episode: Hedwig and the Angry Inch.

Yes, you read that right. After the previous musical debacles, Kevin Keller (Casey Cott) revives Riverdale High’s variety show. But when Mr. Honey (Kerr Smith) forbids him from performing a musical number from Hedwig and the Angry Inch, the Riverdale kids rally against the principal and each perform a number from the musical. Each performance represents the characters’ inner struggles. Look for a forbidden showmance to blossom amidst all the drama.

“Musical episodes have become a yearly tradition on Riverdale, but this year, we wanted to try something different,” Roberto Aguirre-Sacasa, Riverdale creator and executive producer, said in a statement. “When we heard that Stephen Trask was a fan of Riverdale, we thought—is there a way we can do Hedwig and still have it tie into the stories we’re telling?”

“Doing a deep dive, we figured out a cool way to use classic songs like ‘Wicked Little Town’ and ‘Midnight Radio’ that made total sense and are just amazing and iconic. And bonus, Hedwig is literally Cole’s favorite musical!” Aguirre-Sacasa continued. 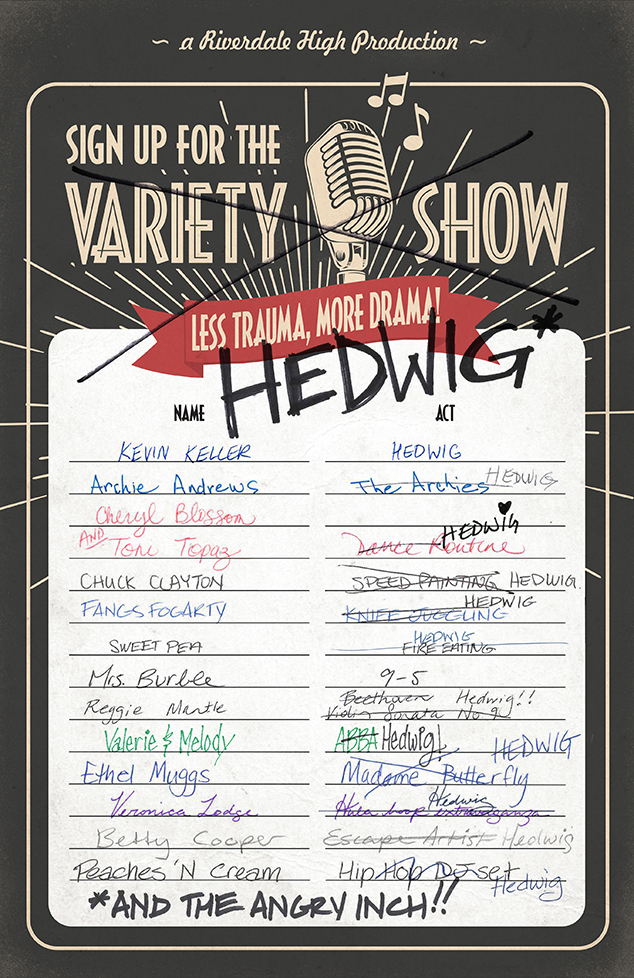 Riverdale‘s Hedwig and the Angry Inch episode airs Wednesday, April 8 at 8 p.m. on The CW.

Watch the Trailer for Moira Rose’s The Crows Have Eyes 3: The Crowening From Schitt’s Creek