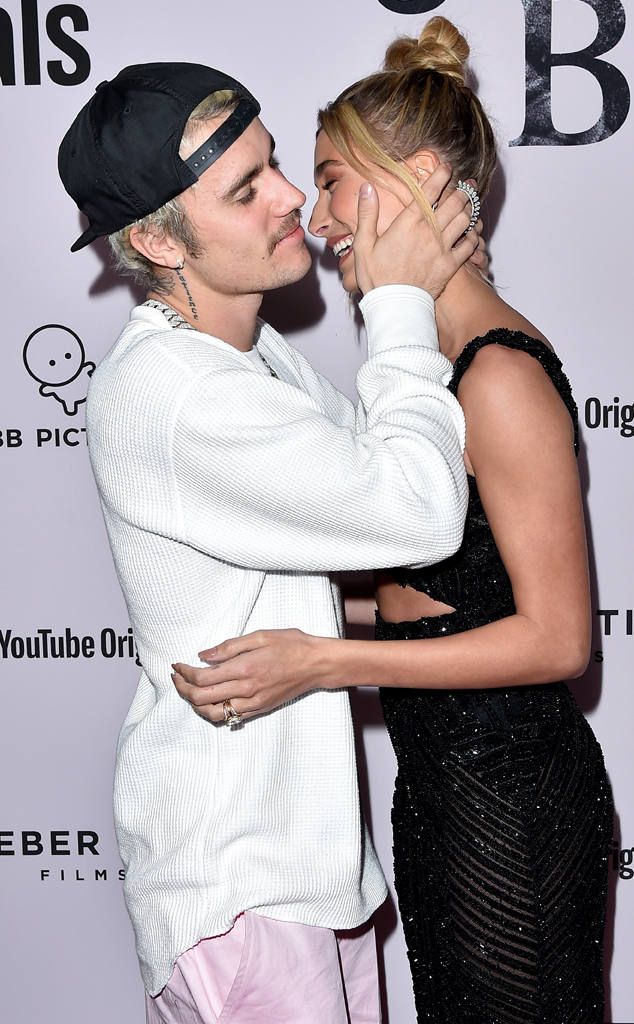 The Seasons premiere was a Bieber family affair.

Justin Bieber and Hailey Bieber were bursting with love for each other while making a rare red carpet appearance on Monday night in Los Angeles, marking their first joint red carpet as a married couple.

The pair couldn’t take their hands off each other as they posed proudly for photos. The PDA came in heavy supply as the “Yummy” singer and the model smiled and laughed their way down the red carpet, stopping to hug and kiss for the cameras to show off their marital bliss. At one point, Justin placed his hands on either side of Hailey’s face so they could briefly gaze at each other. Yes, it was adorable.

As for their fashion (you know this couple would turn looks), Justin arrived wearing a white long-sleeved thermal shirt with light pink pants, white sneakers, a black hat and a bejeweled chain necklace. For her part, Hailey wore a glittering black sleeveless dress with a midriff cutout and black heels.

Just after the premiere, Justin dropped his new single “Get Me,” featuring Kehlani, and announced the name and release date of his new album Changes, out Feb. 14.

He also shared one of the adorable red carpet photos on his Instagram. Posting one of the shots of him holding his wife’s face in his hands, the star captioned the shot, “Love u tons bubz.”

For her part, Hailey posted clips and screenshots from the docu-series and said of her husband, “SEASONS is out today. Grateful to let people in on our journey of the last year and a half. It was a tough road but we are stronger because of it.. and to @justinbieber you my love, are incredible. I love growing together! Thank you for sharing your story with the world.. I am so grateful to walk through this life with you.” 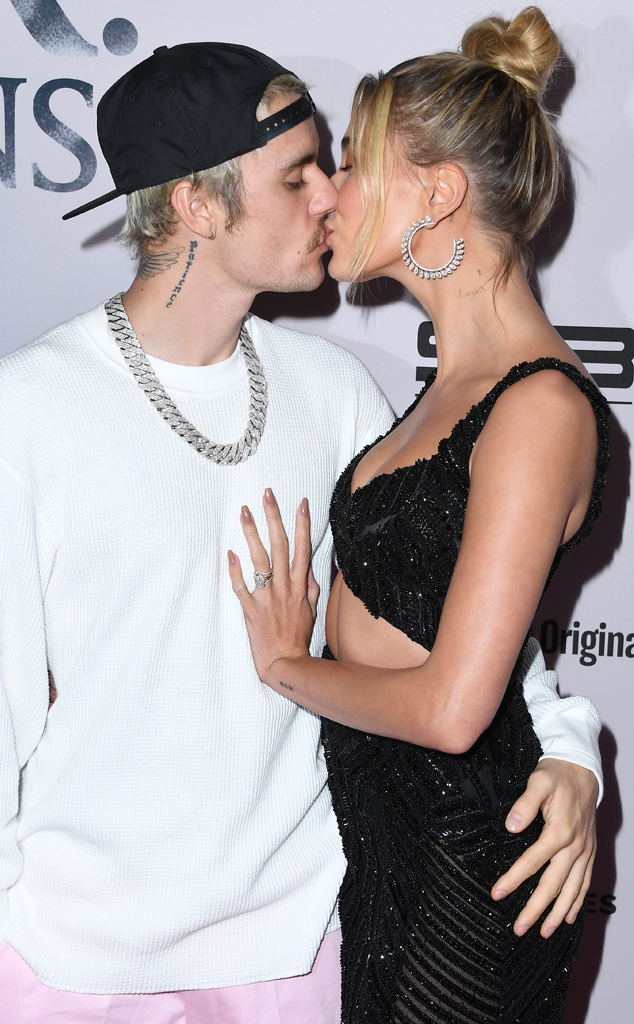 Told from Justin’s perspective, Seasons breaks down the events of the “Sorry” singer’s life over the last year and a half. It covers his struggles with anxiety, how rising to fame in his early years affected him, his relationship with Hailey and how all of these factors came into play during the creation of Changes.

In the second episode, Hailey shares that she loved being part of his creative process during the making of Changes.

“I just enjoy the energy that goes into it,” she says. “We turn it into a really fun process. You know we brought friends around, people kind of just hang and I don’t know, I just feel at home wherever he is, so if he is holed up in the studio that feels like home to me.”

The first episode of 10 was released on Monday, Jan. 27. New episodes will be available every Monday and Wednesday at noon ET.

Get ready for a whole lot more of the Biebers.

Here’s Why Taylor Swift, Beyonce and Lady Gaga Were MIA at the 2020 Grammy Awards

Vote for Which Star Was Best Dressed at the 2020 Grammy Awards!