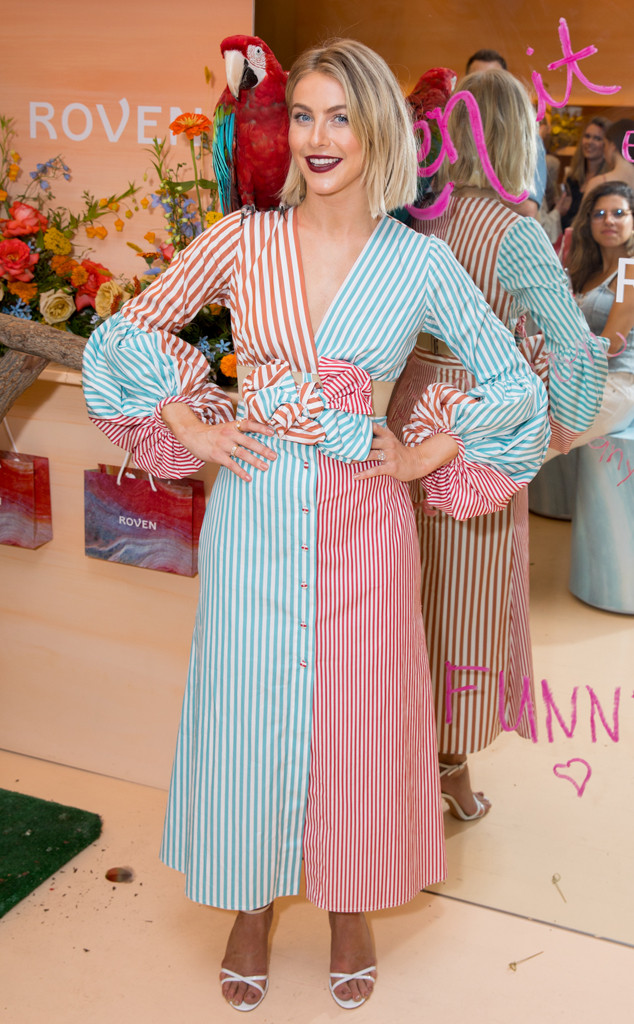 A picture is worth a thousand words, but what about an Instagram Story?

It’s no secret that pop culture fans have been following Julianne Hough and Brooks Laich‘s relationship closely after reports surfaced of marital struggles between the twosome.

While the couple isn’t addressing any of the speculation head-on, a new social media post has some fans raising eyebrows.

On Wednesday morning, Julianne took to Instagram Stories and shared a quote from Heidi Priebe about love and relationships. 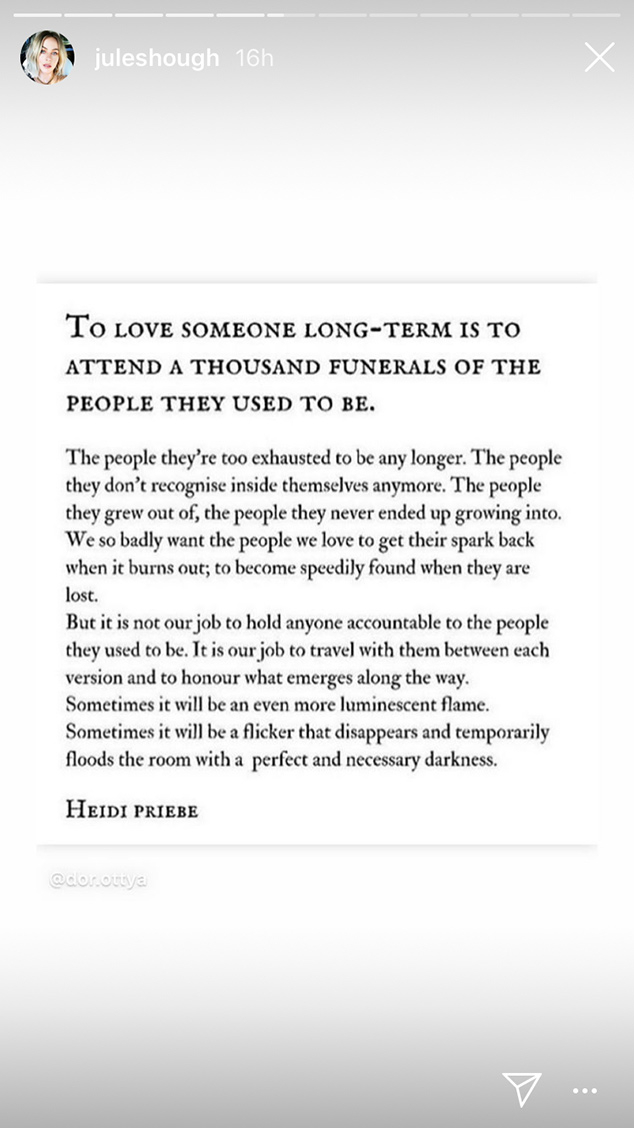 The post comes as Julianne and Brooks continue to come face-to-face with ongoing split rumors. At the same time, multiple sources have told E! News that it’s too soon to predict the future.

“Julianne and Brooks care a great deal about each other,” one insider shared. “They are navigating through the ups and downs of this relationship together. They prefer to deal any issues privately because they share many friends and family and they wouldn’t want to involve them in their relationship challenges.”

And while Julianne has her hands full as she participates in Oprah Winfrey‘s Live Your Best Life tour, Brooks is hard at work on his iHeartRadio podcast titled How Men Think. He’s also focusing on his adjective of the year called boundless.

“A friend asked me what is your adjective for the year? What is something you’re going to refer to over the course of the year? Myself, I was an athlete my whole life and so I’ve almost identified as an athlete and within that, there are constraints and chains and ties and you’re kind of boxed in. I’m really looking forward to, in my life, to actually retiring from sports and letting that go,” Brooks previously told E! News at the iHeartRadio Podcast Awards. “I never said that word. I never said ‘I retire.’ I’ve looked at myself as just an athlete. I started singing in church the other day. That’s something I never would have done just being an athlete the way I looked at an athlete. I want to unbound myself from identities that people have placed on me or I have placed on or have been conditioned or cultured on me and just go on a journey of discovery of who I am as a human and who I want to be.”