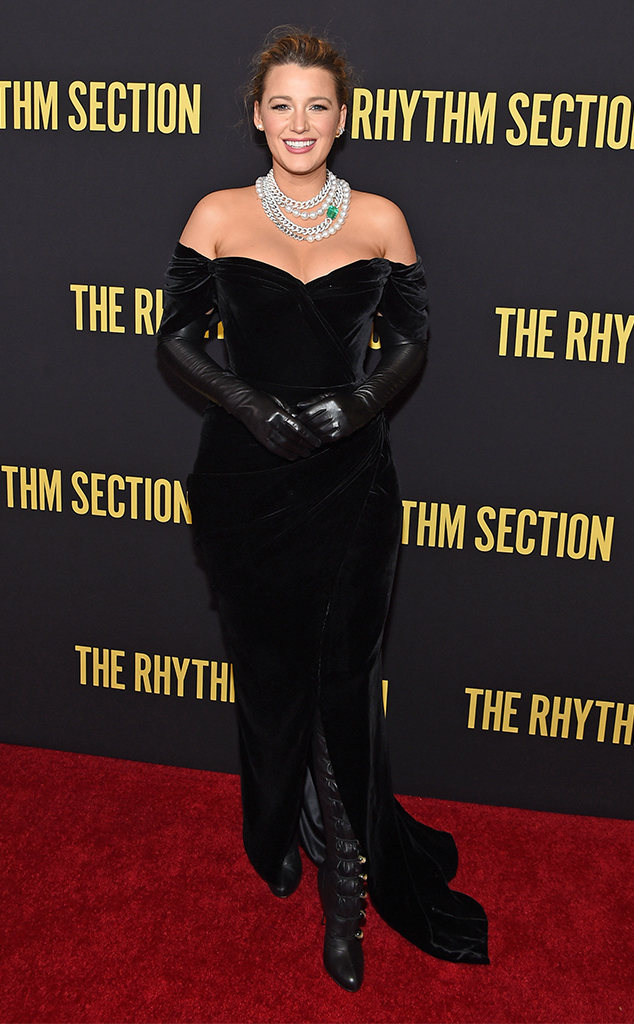 Blake Lively is back and we are absolutely floored.

The 32-year-old actress stepped out on Monday, Jan. 27 for a screening of her latest film Rhythm Section at Brooklyn Academy of Music in New York City.

Lively looked radiant and sultry wearing a black velvet strapless Dolce & Gabbana gown that hugged her figure in all the right places. The former Gossip Girl actress accessorized her flawless look with matching black leather gloves and a pair of vintage-looking high boots.

It’s safe to say her red carpet comeback after giving birth to her third child was well worth the wait because we can’t get enough of this look.

The actress donned chunky silver necklaces with an emerald green gem that gave the whole look a subtle pop of color. As for her beauty look, the actress kept things simple and neutral but still looked radiant and more gorgeous than ever.

Lively and her hubby Ryan Reynolds welcomed their third child together back in the fall of 2019.

In late 2019, the actress began promoting her film Rhythm Section by deleting all of her posts except for one, a post from September when she shared the trailer for the film. The film is based on a novel of the same name, also starring Jude Law and Sterling K. Brown.

The action thriller follows an international spy, by the name of Stephanie Patrick (played by Lively), who seeks to uncover the truth behind a plane crash that killed her family. After Patrick, who was also meant to be on the flight, discovers that the crash wasn’t an accident, she embarks on a mission to track down those responsible.

Billie Eilish’s Hair at Grammys 2020 Is Everything We Wanted